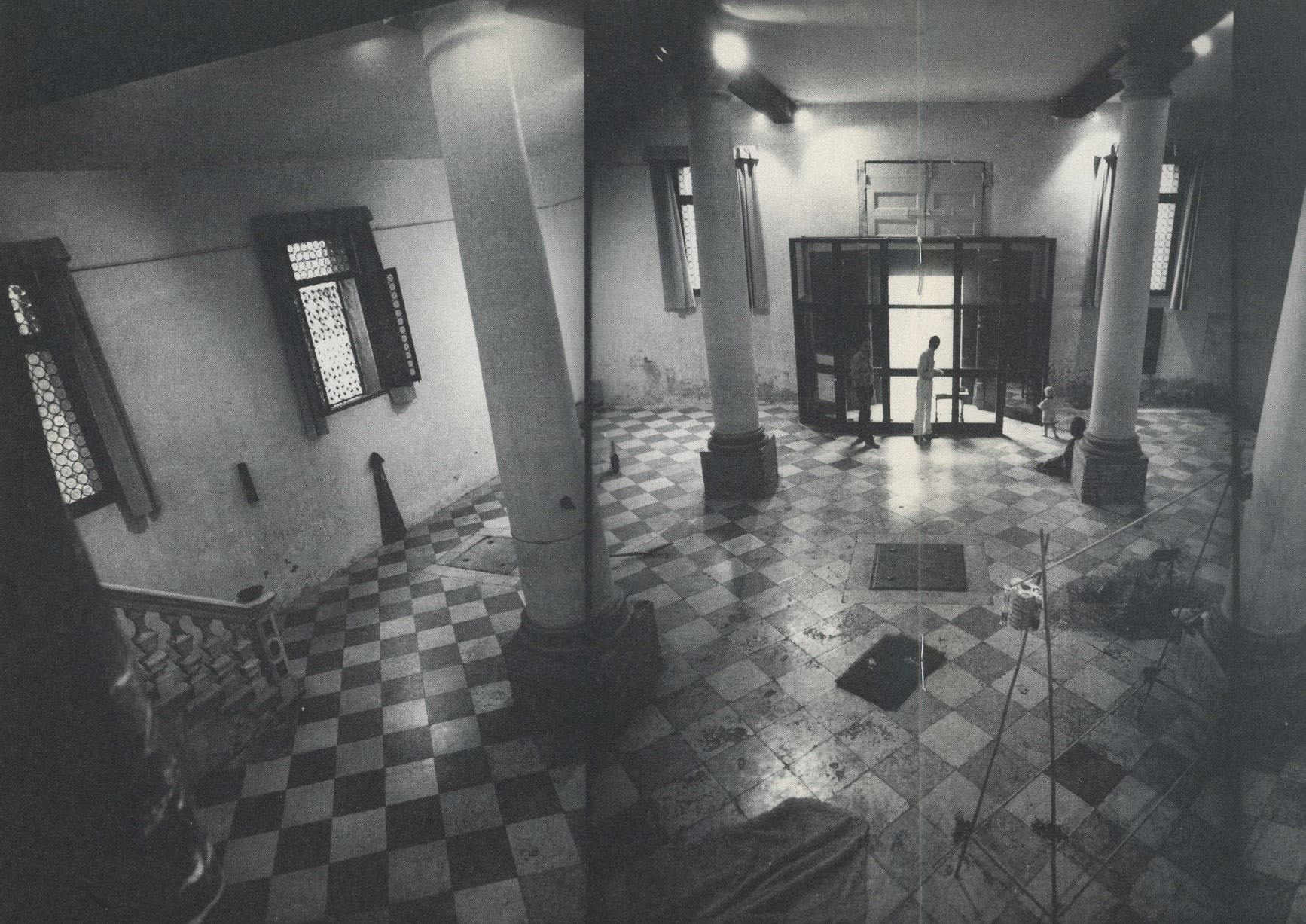 Away from the Grand Canal at the Piazza San Marco the church of San Francesco della Vigna, designed by Sansovino and completed by Palladio, stands in a quiet and unremarkable part of Venice. Adjacent to the church is the Scuola di San Pasquale whose façade is attributed by some to Palladio. The building is a cube divided horizontally into two. On the ground floor is a chapel, now deconsecrated, and above it a large well-lit hall used in the past for the meetings of members of the Scuola. Still watched over by Franciscans, it is now used by a Council of Europe foundation which trains craftsmen in architectural conservation and restoration In June this year, coinciding with the opening week of the Venice Biennale, the Scuola di Dan Pasquale formed a handsome but unusual setting for an exhibition of the work by six British artists. The whole enterprise had a brief life. A van was hired and the works driven across Europe. Once in Venice, a small boat commissioned to take them from the car park on the Tronchetto was hastened on its way when large paintings caught the wind and functioned as a sail. Three days later, on Tuesday 8 June, the Collazione Ingelese opened to the public, remaining open until noon on the Saturday. Four days after the exhibition closed the works were all back in the artists’ studio in London. There was no evidence of haste in the exhibition itself. On the ground floor of the Scuola sculptures by Alison Wilding seemed to have been there for centuries, almost extensions of the architecture. John Murphy’s paintings emerged from the subdued light with heightened intensity. In the upstairs chamber the large, enigmatic pictures by Gerard Hemsworth held the wall facing you while to the right, the curtains of the high windows had been tied back to frame the five panels of Jon Thompson’s powerful textural work. The four paintings by Paul Richards animated the opposite wall. Common to many works in both the upper and lower rooms were suggestions of sensuality and eroticism. The sixth artist Collazione Inglese, Silvia Ziranek did two performances in the downstairs space; seldom, if ever can she have made such spectacular entrances as on one of the two majestic staircases on either side of the altar. The exhibition both delighted and surprised the several hundred visitors who found their way to this haven of peace and order away from the bustle and hustle of the Biennale. The word spread until at the end of the last day a happy band of revelers insisted on opening the exhibition when the doors had been closed for what was thought to be the last time. The presentation was exemplary, a marvelous marriage of art and architecture. That it should have taken place at all is surprising and its realisation a near miracle. Having been done once this exhibition, in the years ahead should come to be seen as the first of a series of provocative initiatives, showing what can be achieved with limited financial resources supporting imagination and courage. David Brown September 1982.